Alula Abba Nega, born to peasant parents in the northern region of Tigray, rose to become one of Ethiopia's most renowned generals and politicians and a great national hero. 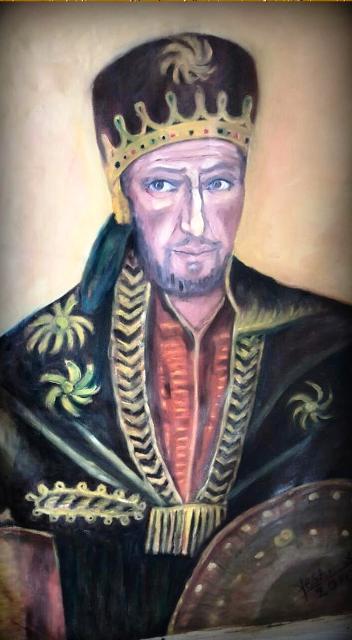 As a child, Alula showed his promise in this anecdote: one day, Alula and his group of friends came across a group of people on the road. He barred their way and demanded to know where they were going.

These people were simply going to a wedding ceremony, but they replied, "We're going to the castle of Ras Alula," poking fun at the ambitious youngster.

From that day forward, he was known as Ras Alula, and soon he proved worthy of that nickname. Alula climbed the ranks of the feudal hierarchy and gained favor with the Emperor Yohannes with his magnanimous personality.

In time he was promoted to the rank of general, given the title of Ras ("head"), and commissioned with ensuring Ethiopian sovereignty in the Horn of Africa by warding off encroaching Mahdist, Italian, and Anglo-Egyptian armies as the European "Scramble for Africa" got underway.

Despite many aristocrats' resentment at the young Alula's favor with the emperor, the new general proved his worth. His army scored impressive victories at Kufit, Dogali, and Gallabat as Ethiopia fought to remain independent of European colonial powers.

Ras Alula's greatest moment came at the Battle of Adwa in 1896, where the Ethiopians, who were the most united in defense of their country against a common enemy as had ever been the case in their history, defeated Italian forces intent on subjugating Ethiopia into their empire.

Under Alula's leadership, Ethiopia expelled the invader and secured her status as the only nation in Africa to remain completely sovereign and autonomous from European rule. Ras Alula's legacy as a brilliant military leader places him with the greatest of African generals, second only to Hannibal.