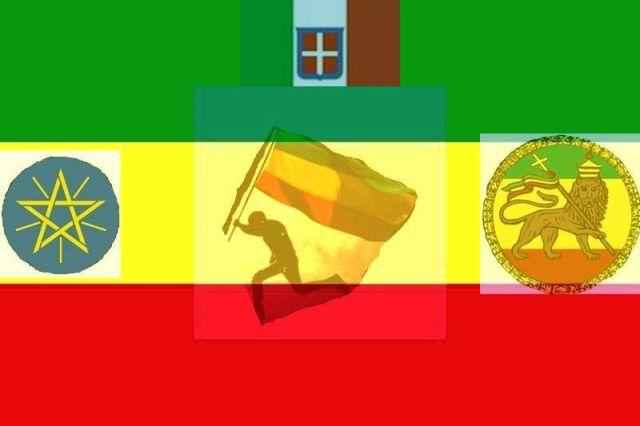 The Ethiopian flag is one of the most recognizable in the world.

There are those that only associate this flag with Bob Marley's Rastafarian religion and are ignorant of Ethiopia's ownership of it.

In fact, the flag gave the much needed inspiration to Marley and his Rastafarians as well as, to Marcus Garvey and his followers.

This inspirational flag of Ethiopia with its universally known tri-colors, the green, the yellow and the red, has also been adopted by many African countries upon their independence, in a show of African unity and to honor the oldest flag in independent Africa.

There are many who believe that this flag with its colors are one of the earliest used by humankind. It is believed that it represents the rainbow or the "Keste Damena" or bow of the clouds.

They claim that there are only two nations that have kept this tradition alive: Ethiopia and Bolivia.

Today, the Bolivian Indians still utilize these colors to celebrate some of their festivals while Ethiopia continues to use it as a national symbol.

Throughout the flags history, different regimes have embellished it with their own defining emblems, but those colors have always stayed true.

Ethiopia's founding fathers opted to use these colors for religious and political reasons that gave their monarchial rule legitimacy and gave the Ethiopian Orthodox Church the faithfulness it craved.

Due to the colors long history, there are different interpretations of its meanings, such as:

Although, unbeknownst to most modern Ethiopians, the word "bandira", which is most often used today to refer to the Ethiopian flag is a bastardized word originating from the Italian's.

This flag has always been a crucial weapon with which to mobilize the nation and to reinvent group consciousness.

These tricolors embed within themselves the spirit of unity among diverse groups of people with conflicting interests. It is the line with which the nation and its entire people are connected.

We can look to the Battle of Adwa and the first defeat of a modern European army to prove this point.

According to the current constitution:

The Ethiopian flag shall reflect the hope of the Nations Nationalities, Peoples and religious communities of Ethiopia to live together in equality and unity.

Let us hope and pray that this beautiful and proud country shall embody this spirit of unity and love.

The following is a list of 13 Ethiopian flags and what you must know about them.

The three pendants had yellow on the top, red in the middle and green on the bottom. This type of flag was used by Emperor Menilik and those before him. 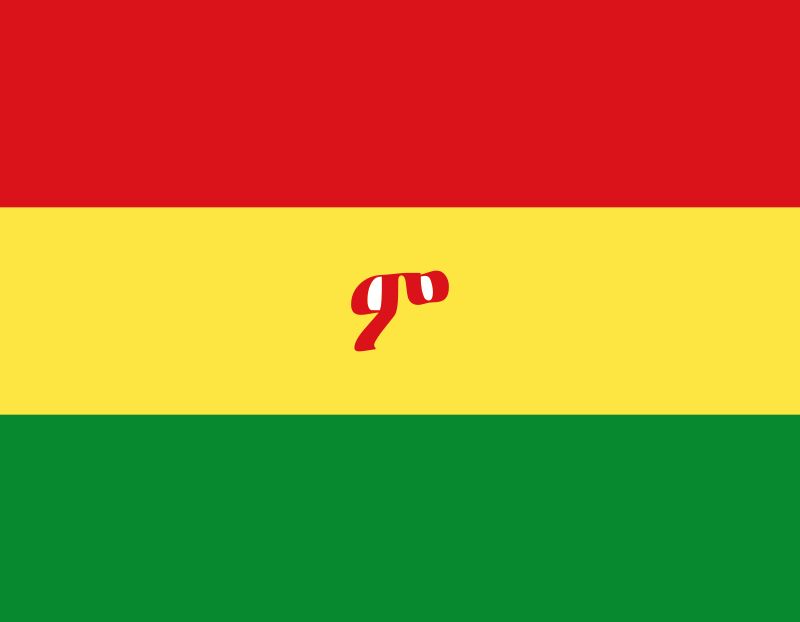 Emperor Menilik II used his monogram as a personal emblem; it consisted of the geez letter "meh", the first letter of his name. A crown was later placed on top of this monogram.

The Ethiopian empire flag had the Menilik monogram removed and the sizes and dimensions altered.

The Lion of Judah represented the Emperor of Ethiopia, and was the official flag of the monarchy; it indicated the connection between the state, church, and the people.

The flag was also meant to validate the legend that the monarch was indeed of the Solomonic dynasty and had unquestionable God-given powers.

Emperor Haile Selassie's rise to power and his effective foreign diplomacy and domestic centralization, helped spur the popularity of the flag.

The colors also religiously stood for the Trinity.

Today, this flag is still being used by the Ethiopian Orthodox Church and Rastafarians.

The emblem included the Order of Solomon's seal and the Ethiopian Star of Solomon or the Star of David with a cross centered on it.

The three point star was known as the Trinity Star, and represented the Holy Trinity for whom the Emperor was named.

His baptismal and royal name Haile Selassie means "Power of the Trinity".

During fascist Italy's short occupation of Ethiopia, the country was proclaimed to have been annexed by Italy.

Furthermore, the King of Italy was proclaimed "Emperor of Ethiopia" by the fascist regime led by Benito Mussolini and incorporated into the new "Italian East Africa" or "Africa Orientale Italiana".

The flag of this new entity had the Italian flag colors with the coat of arms of the House of Savoy in the center.

After the military junta took power and overthrew the monarchy led by Emperor Haile Selassie, they removed the crown from the lion's head and changed the cross finial to a spear point.

This was the first Derg era flag which was rarely seen or used and can be considered a forerunner for the flag to be introduced next in 1987.

The seal in the middle was difficult to interpret but among other things had signs of farming implements and wheat stalks.

The main flag seen everywhere in the country was the blank tri-color flag of green, yellow, and red.

Mengistu Haile Mariam's creation of the Peoples Democratic Republic of Ethiopia or PDRE spawned the creation of a new official coat of arms. It was placed in the center of the flag.

This complicated coat of arms had the Axum obelisk covered by a five point star in a blue field with a cog wheel at the base and bordered by olive branches.

This short lived flag is seen as the second and last Derg flag, before their downfall.

After the fall of the communist Derg regime, the Transitional Government of Ethiopia went back to using the blank tri-color flag. Only the ratio size was different.

This flag is still widely supported by a great many Ethiopians who believe that this should be the official flag of Ethiopia.

Among its many supporters is the Ethiopian Orthodox Church.

The state flag of the Transitional Government of Ethiopia, was adopted on May 28, 1992, only a year after the fall of the Derg.

The Federal Democratic Republic of Ethiopia's first attempt at a flag has a central disc smaller and brighter than in the current flag.

The current flag of the Federal Democratic Republic of Ethiopia has a star and streaks. These represent the various regional states and the nations and nationalities present within them.

It is meant to symbolize unity and equality among all the peoples of Ethiopia.