Global Fire Power is an organization that is widely known for having a fairly accurate understanding of the militaries in the world. It uses its own calculation system based on the following parameters:

Ethiopia has always been considered powerful militarily; from ancient times to the present.

The country has also had its fair share of wars. The country's most widely revered victory came during the First Ethio-Italo war, in which Ethiopia became the first African country to defeat a modern European army.

When it comes to her sovereignty, Ethiopia and her multitude of ethnicities and tribes put all their differences aside and unite to fend off any invaders encroaching on her territories.

During recent years, Ethiopia was ranked between the second and third as the most powerful military in Africa.

Recently, though Ethiopia has dropped to the 7th rank according to Global Fire Power.

The following guide will help you understand who the ten most powerful militaries in Africa are and why.

Libya is ranked 80 out of the 138 countries that were surveyed.

Despite having a relatively small number of active troops, the Libyan military makes up for this by having a large amount of equipment.

Regardless, of the current troubles faced by the country, it still has 17 fighter aircraft, 7 attack helicopters, 250 combat tanks, 450 armored fighting vehicles, and 55 rocket projectors.

The Sudan is ranked 76 out of the 138 countries surveyed.

The Sudanese Armed Forces are on this list because they are a well organized and experienced military force. The military has several units: land, naval, and air.

The Popular Defense Force is the military wing of the National Islamic Front and it receives most of its military equipment from the Chinese and the Russians. 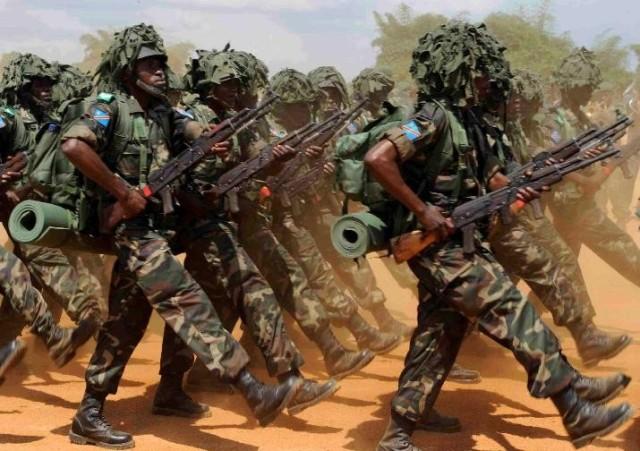 Democratic Republic of the Congo is ranked 71 out of the 138 countries evaluated.

The FARDC or the Armed Forces of the Democratic Republic of Congo began its resurgence after the peace agreement brought relative quite to the country.

The Second Congo War saw mass devastation in loss of lives, property, and much more.

The FARDC's greatest asset is its land forces, which make up for their relatively low air and naval units. Some of their equipment is as follows: 175 battle tanks, 8 attack helicopters, 100 armored fighting vehicles, etc.

Ethiopia is ranked 60 out of the 138 countries that have surveyed.

The Global Fire Power does not penalize a country for being landlocked and not possessing a naval force. Ethiopia has taken this disadvantage and focused its energy on maximizing its potential as a land and air force to be reckoned with.

Along with its impressive military equipment, it also has one of the largest populations on the continent, supplying it with a massive force when needed.

Although, mandatory military training is no longer a requirement in Ethiopia, they have the authority to call the people to arms when needed.

Unfortunately, Ethiopia has dropped in its rankings from previous years. It used to be a constant at second and third places but has now dropped to its current seventh.

It could be speculated that the country is now spending more money on its development schemes as opposed to increasing its military might.

Some of the equipment to be used by this massive force is as follows: 24 fighter aircraft, 8 attack helicopters, 400 combat tanks, 114 armored fighting vehicles, 183 rocket projectors, 67 self propelled artillery, 650 towed artillery, etc. 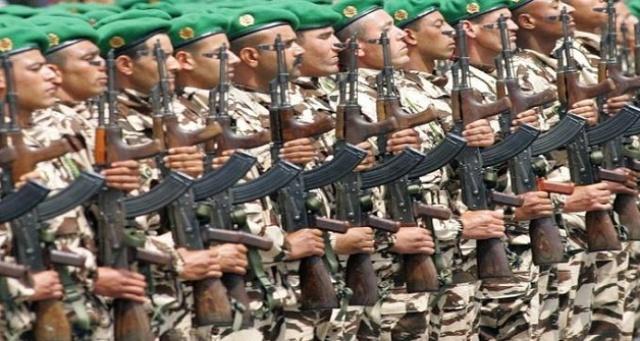 Morocco is ranked 57 out of the 138 countries that were analyzed.

The Royal Moroccan Armed Forces are heavily reliant on foreign military supplies. They are also involved in various peacekeeping missions in dangerous areas.

Angola is ranked 56 out of the 138 countries that were surveyed.

The Angolan Armed forces have been fortunate enough to be part of a large development plan etched out by the current political forces in power.

The country's natural resources such as oil and diamonds have started to enrich the country and enabled it to rise in the ranks of Africa's most powerful militaries.

Nigeria is ranked 42 out of the 138 countries analyzed.

The country's navy, army and air force is supplied by a huge population, while its equipment is heavily supplied by its oil resources.

In war, resource is the key and Nigeria is not lacking.

South Africa is ranked 29 out of the 138 countries surveyed.

This country's military can be compared with other developed European nations. Although their military front line personnel are less than 100,000 their equipment is world class of the latest technology.

South Africa is also the only African country that attempted to gain nuclear technology. Trained by the Israeli and the British, South African soldiers are definitely to be feared.

The Republic of South Africa allocates an incredible $4,278,000,000 on its defense spending.

Algeria is ranked 28 out of the 138 countries surveyed.

Algeria is arguably Africa's top spender on defense. The country's frontline personnel number over 127,000 troops and it is made up of a modern army funded largely by its oil resources. 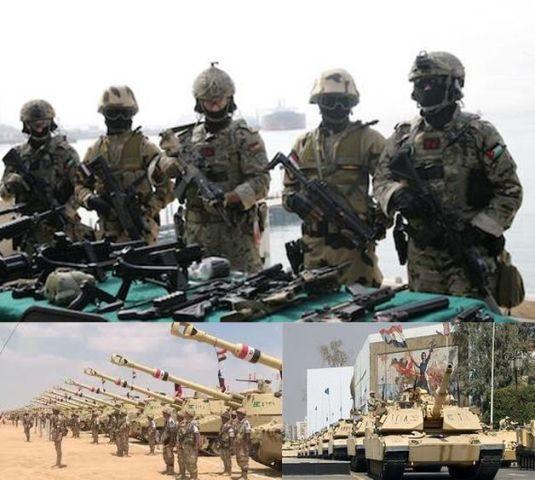 Egypt is ranked 9th out of the 138 countries surveyed.

This country has been the military powerhouse of Africa for a long time and continues to be so. It was one of America's main military aid recipients for countless years.

Many speculated that the military would weaken due to the political instability, but it seems to have gotten even more powerful. Its huge 500,000 active frontline personnel are ahead of all its African counterparts.

Egypt is also the only country in Africa to have not one but two aircraft carriers.