Just recently I purchased some black pepper from one of those many small neighborhood shops. The black pepper came in a circular hard plastic container with a sealed plastic bag contained within. It had a company name on it, as well as a phone number, which in my mind meant that it would be of a better quality, as opposed to the others being sold with no brands. Well I was in for a surprise.

The bad quality control of food items in Ethiopia is really something we all need to take very seriously, and I shall elaborate further.

Yes, we hear about it all the time, but it still comes as a shock when it happens to you. As I opened the little plastic bag that was inside the container, everything appeared normal.

I started squeezing the black pepper out into the container from a small cut I made in the sealed plastic bag. As the plastic bag was emptying, there was a lump that refused to exit the little hole.

Well as you can imagine, I thought that was a bit peculiar since black pepper is not known to be lumpy.

As I gave it a closer inspection, it turned out to be of a dull reddish orange color, a bit soft, and it easily crumbles with little pressure.

I immediately knew what it was, because word was out that food manufacturers were putting "shekla" or bricks made from red dirt into "berbere" or red pepper powder similar to paprika.

While registering what I was looking at, I still felt some disbelief, because logically how can red brick powder look like black pepper.

I thought maybe I made a mistake, I kept looking at it and touching it, but it had no properties similar to the black pepper. But if you added just a bit of it into the black pepper, sure enough it disappears and becomes unnoticeable.

So I guess the workers at the company, were feeling just a bit lazy that day, and forgot to finish grinding the red bricks, leaving this little lump as evidence within the bottom of the plastic bag.

One has to wonder that if a company is willing to make a profit by putting red brick dust onto someone's plate; what else might they be willing to do?

There are plenty of opportunities to cut corners, and if the health and well being of your customers is of no consequence to you, then by all means, Pandora's Box has been opened.

An issue that always causes me frustration in Ethiopia is: cause of death.

Anytime I am confronted with someone informing me of a death they just heard about (not by accident or any other obvious cause), I immediately ask for the cause of the death. But almost 90% percent of the time, the answer is a weak, they were sick, period. I always follow up by asking, and what did the doctor say; and the answer is another weak reply.

Now, I understand we are still a developing country and might not have all the resources available to other nations, but still something has to be done about this. As a country, we might not be wealthy enough to afford expensive autopsy procedures for every case, but if there is due cause, I am sure we could make something happen.

With all these weird ingredients and shady business people around, wouldn't it be wise to start finding out more details about a person's death. The information alone could be used to prevent deaths and save lives of others.

In Ethiopia, I believe we need to be more vigilant and proactive in order to put the scare to these unscrupulous beings.

You hear about "jesso" or the white powdery substance used in the building of houses being added in the production of "enjera" a flat-bread made from teff, a staple food item in Ethiopia. 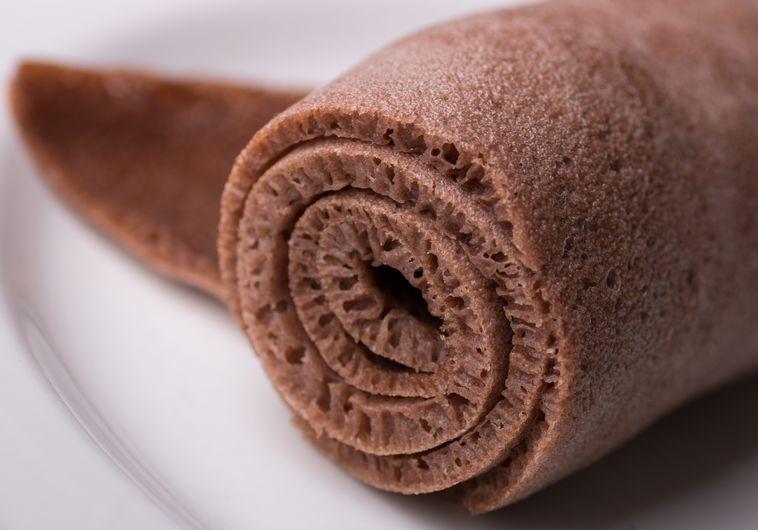 Enjera, a flat-bread made from teff

I even once had a friend of mine open a bottle of Rani mango juice and pull out a fat wormy looking creature, right in front of me. I later found out that expired bottles were being bought for cheap in Dubai and being sold in Ethiopia for a profit.

Or even the time, I decided to check for myself what was inside a bag of "misir" or lentils, and found some tiny, almost microscopic pieces of broken glass (no wonder lots of people complain of "cheguara" or stomach ulcers from eating lentils in Ethiopia).

We have also heard about how they were putting mashed up bananas and God knows what into the traditional "kibe" or the butter with spices we Ethiopians love. 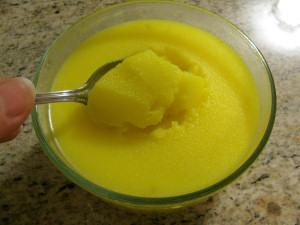 In light of all this, I really have heard of no place I should report this abuse, therefore, I feel no shame in posting this photo of the company and its product.

I also bid anyone who reads this and experiences something similar to this outrageousness to please, by all means visit the site I created for just this purpose (to be launched soon). A place we can all go and find out which companies deserve to be shamed.

Make Ethiopian Genfo Today with this Easy to follow Recipe