The Ethiopian town of Abiy Addi is probably most known for the many violent acts committed by the Derg government on its citizens.

Abiy Addi, or in the Tigre language “Big Town” has had its many ups and downs throughout its history.

It was the capital city of the Tembien province before it was later annexed into the wider Tigray region.

A river by the name of Gerebshegalu runs through the town diving it into two separate areas, one part is historically known as a market place area with a wide array of small bars famous for their tejj, or the Ethiopian honey wine.

Honey is a product that has and continues to bear the hallmark of excellence in the area.

The tejj made with this superior honey, is believed to cause the drinkers to take part in a unique and excited style of dancing called “Awris”.

The lower part of the town’s divide is mostly known as the residential area and is in total contrast to its seedier neighbor.

Abiy Addi gained recognition and prominence for being strategically located on the “king’s road”, at a junction where the road leading south from Adwa embarks on a “fork in the road”, allowing travelers to chose from Debre Tabor and the area of Lake Ashenge.

The market town of Abiy Addi in the 19th century was large and somewhat prosperous but over the years its decline is evident.

The town has also seen its share of military movements and assaults.

During the Second Italo Ethiopian War in 1935, the Italians occupied the town but later abandoned it to Ras Seyoum Mengesha and Ras Kassa Haile Darge and their forces.

Although, by 1936, the Abiy Addi was retaken once again by the Italians, who felt the town held strategic value.

The First and Second Battles of Tembien were fought close to Abiy Addi, with another former area of the Tembien Province, Warieu Pass holding the forefront.

By 1976, the rebel group, Tigrayan People’s Liberation Front or TPLF took control of the town from the communist backed Derg government.

The group managed to maintain control of the town for over a year before having had to retreat before the massive military might of the Derg. 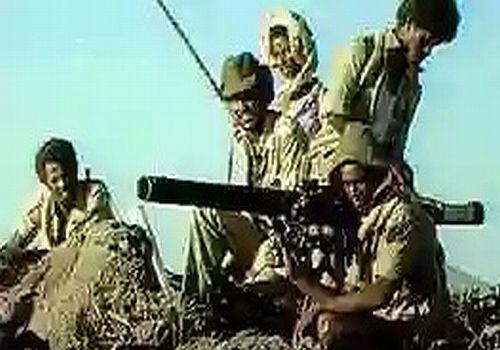 Over the years, the inhabitants of the town were subjected to severe repercussions from the often times brutal Derg military.

The Red Terror or “Key Sheber” was a planned policy to eradicate all opposition to the country’s communist regime and leaders.

Thousands died across the country, but the people of Abiy Addi were one of the most prosecuted due to their die hard support for the TPLF.

With hundreds of casualties, mass migration to surrounding territories, countless aerial bombings, and houses destroyed, the town lost many of its citizens but was still considered strategic by both sides.

By 1988, after the town was continuously being claimed by both sides, control of Abiy Addi was finally and firmly in the hands of the TPLF.

Although, still not immune from attacks by the Derg, the town continued to be visited by helicopter gunships raining death from above.

Today, Abiy Addi, can be considered a historical town but has yet to regain in prominence as a market town visited by many.