Ethiopian people have been around for quite some time. An ancient nation with a history as rich as the natural resources their land rests on.

The people of Ethiopia were given their name by a famous Greek poet named Homer who used the words "aitho" and "opsi", meaning sun tanned (heliotherapy) or therapy from the sun.

Ethiopian people were once referred to as Abyssinians and had mighty empires and emperors that were very influential and powerful in the world.

One distinguishing fact about the people of Ethiopia is that there are multitudes of ethnicities, religious beliefs, tribes, etc.; all following one banner or flag of Ethiopia.

Their unity and peaceful coexistence is something that all nations need to look at and implement.

The following list shows just 10 of the many peoples of Ethiopia.

The Oromo people are the largest ethnic group inhabiting Ethiopia. They can also be found in neighboring Kenya and Somalia.

They are said to be within the range of 35-40% of the population of Ethiopia.

The Oromo people have their own language which is referred to as Afaan Oromoo, Oromiffa, Oromigna or just the Oromo language.

The Oromo people were known to have one of the earliest forms of democracy called the Gadaa system.

Most Oromos live in the Oromia region, which is located in central Ethiopia and has the largest surface size from all other regions.

They are the largest agricultural producers for Ethiopia and contribute a significant amount to the overall economy of the country.

The Amhara people are the second largest ethnic group in Ethiopia. Their population makes up about 25-30% of the Ethiopian population.

The people of the Amhara region firmly believe that they are descended from King Solomon and take the story of Queen Sheba and King Solomon as a historical fact, although it is disputed by some historians.

The Amharas have had emperors ruling for thousands of years and only recently the line of Emperors was broken when His Imperial Majesty Haile Selassie was dethroned by a communist takeover.

The original home of the Amhara peoples is in the central highlands, and they are often referred to as highlanders.

Rich volcanic soil, adequate rainfall, and a climate that is moderate have enabled the people of the Amhara region to live comfortably of the land for centuries. 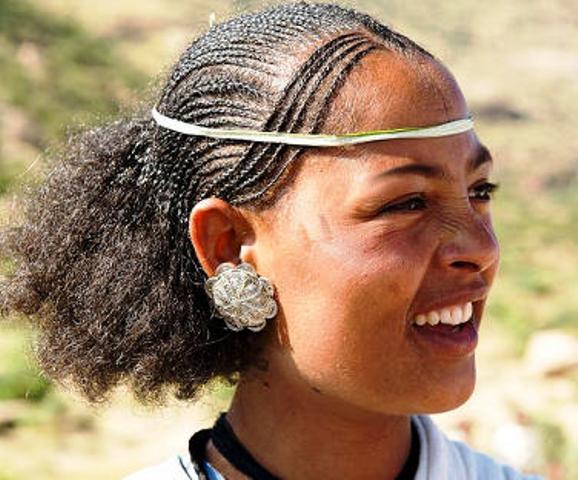 The Tigrayan people of Ethiopia make up about 5-6% of the population.

Most Tigrayans are ardent followers of the Ethiopian Orthodox Tewahedo Church and claim to house the Ark of the Covenant in a church in Tigray.

The Tigrayans of Tigray in Ethiopia speak the same language as the Eritreans who are their neighbors, with a slight difference in accents and terminology.

Tigray is also home to the ancient Axumite Empire which was known to hold significant power and influence in the world of the past.

The Gurage people make up about 2-3% of the population of Ethiopia.

They are known to be a peaceful people with a great mind for commerce.

Although they do not have a region of their own, the Gurage are part of the Southern Nations, Nationalities, and Peoples Region.

The Gurage people are located in the southwest of Ethiopia in a semi mountainous area, but they can be found throughout Ethiopia in large numbers due to their success as traders.

Because the majority of the Gurage are located throughout Ethiopia it is difficult to have a very accurate count of their population.

Some believe they could be the third largest population of Ethiopia.

They are also known to be very hard workers and their agricultural systems are complicated yet effective with crop rotations and various other strategies.

The majority of the people of Gurage are reported to be Muslims with a percentage of 51%.

The Anuak people of Ethiopia have a relatively small population size ranging from 250,000-300,000 across the globe.

Even though their numbers are small, the land they inhabit is one of the largest and resource rich in Ethiopia.

The Anuaks of Gambella in Ethiopia are referred to as lowlanders by the highlanders such as the Amharas, Oromos, and Tigrayans.

The Anuak people have land that is rich with fertile soil as the rivers from the highlands all empty out on their land.

The majority of the Anuak people follow Christianity and were one of the first to convert to this religion among those in their areas. 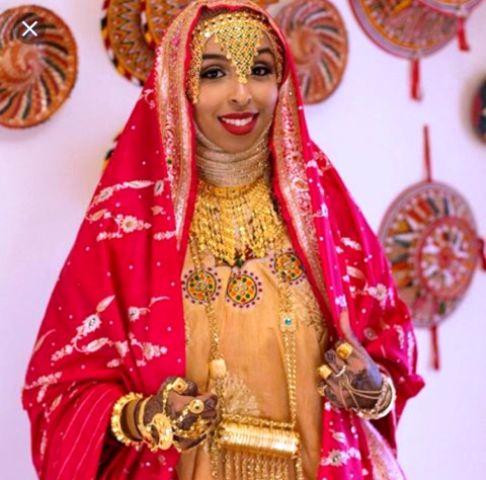 The Harari people of Ethiopia are located in the Harar Region of Ethiopia and speak their own language known as Aderegna or Harari.

To prevent their way of life from being altered by outside influences, the Hararis in the sixteenth century built a wall around their city.

Today, they are outnumbered by the Oromos and Amharas in their own region.

Almost all Harari people are members of the Muslim faith.

Khat or Qat is seen as an important part of everyday life in this community whose city is considered the fourth holiest in the Muslim religion.

The Somali people of Ethiopia make up about 5-6 million of Ethiopia's 105 million total population.

The Somalis of the Ethiopian Somali region are located in the easternmost part of the country.

Ethiopian Somalis live in the territory which is largely made up of Ogaden and was once part of the Hararghe province.

The population is over 95% Somali and there were previous attempts at combining it with Ethiopia's neighbor, the country of Somalia.

The Wolayta or Welayta people of Ethiopia make up about 2-3% of the population.

Wolayta is the name of not only this ethnic group but also their kingdom from the past.

The Wolayta people had a kingdom of their own for hundreds of years with a history and culture of their own until Emperor Menelik I put an end to their kingdom for the purpose of assimilation and expansion.

The Wolayta people have their own language which is called Wolaytegna.

Despite a small population size, the people of this ethnic group have been very influential in the areas of music, food, and dance.

The people of Afar make up about 1-2% of the total Ethiopian population.

The Afar people of Ethiopia are traditionally nomadic herders who are known to move around the Horn of Africa.

They are mostly located within the Afar region and in the northern parts of Djibouti.

There are some also who reside in the southern parts of Eritrea.

Afaris speak their own language and lay claim to one of the most unique tourist destinations, namely, the Erta Ale which is the hottest place on earth and has a mars like landscape.

The majority of the Afar people are Muslims due to their close contact with the Muslim majorities in the areas they roam.

The Hamer people of Ethiopia make up only a small fraction of the Ethiopian population, but have made a significant impact on the popular culture of the country.

The Hamer people live largely traditional lives; their unique customs are what have made them well known throughout Ethiopia and abroad.

They are largely pastoralists and place a large amount of importance on their cattle.

It symbolizes a person's position in society and their wealth status within the Hamer community.

Their famous bull jumping ceremony which is a sort of a rite of passage for a boy becoming a man and the unique decorations they use have definitely made them a topic for discussion.

10 of the Best Visa Free Countries for Ethiopians