History of Rastafarians and Their Exodus to Shashamane in Ethiopia

Rastafarians in Ethiopia and their Community in Shashamane

Why Ethiopia was Chosen as a Promised Land for the Disenfranchised

It was said that when the plane landed and an emperor standing just 5 foot 2 inches (1.57 m) tall stepped out of the open doors, it rained and the crowd was awed.

The year was 1966, and the small island nation of Jamaica was being visited by His Imperial Majesty Emperor Haile Selassie I. 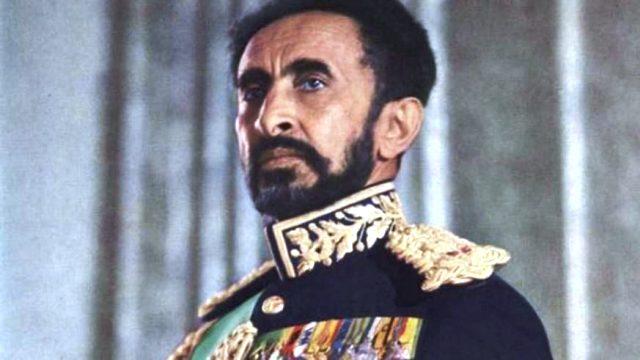 Jamaica at the time was experiencing a prolonged drought and the rain pouring down at the time of the Emperor's arrival brought many to tears.

Jamaica, from the 1920s through to the 1950s and 60s was going through a reawakening as a nation. In fact, it was a time of black pride, African independence, and a disenfranchised people's search for an identity separate from their long time oppressors.

Ethiopia, on her part, was riding the wave of international support.

With the battle of Adwa, came the prestige of being the only African country to defeat a modern European nation in a war to avert colonization.

Even decades later when the Italians returned with their poisonous gas attacks, their short 5 year occupation failed to bring the country to submission.

Ethiopia the only independent African nation with a monarch that claimed ties to the biblical Solomon and the legends of Queen Sheba was a symbol for black pride everywhere.

Ethiopians with their regal, awe inspiring, and commanding ruler were looked upon as role models for all blacks searching for proof of their own greatness.

Emperor Haile Selassie I was thoroughly active in all areas of African unity and he strove to rehabilitate the pride of a people discriminated against and abused for so long.

Rastafarianism and its Rise as a Popular Religion

"Look to Africa when a black king shall be crowned, for the day of deliverance is near."

These prophetic sounding words were spoken by Marcus Garvey, a Jamaican national who was an extremely influential black activist that believed in Black Nationalism and Pan-Africanism.

His beliefs on black self determination were adopted by numerous black leaders from Nelson Mandela to Malcolm X.

It is also widely believed that he directly influenced the beginnings of the Rastafarian movement in the late 1920's.

By 1948, Emperor Haile Selassie jubilant with the return of his kingdom offered 500 acres (202 hectares) of his own personal land to any black person hoping to repatriate to Africa, from the Caribbean's.

As a strong supporter of African Unity and de-colonization, the offer was meant to repatriate descendants of black slaves back to Africa.

The offer was also a symbol of his gratitude for all the support directed toward Ethiopia during her fight against Italian occupation.

Contrary to popular belief, this offer was not singled out only for members of the fledgling Rastafarian movement, although they were responsible for popularizing the repatriation.

In the beginning, twelve accepted this offer, one even opted to walk the journey while the other 11 took boats. The majority of these early settlers were of Jamaican descent.

With the coronation of Ras Teferi making him an Emperor and thus fulfilling Garvey's prophecy, more and more Jamaicans began to take notice.

The Emperor's visit to Jamaica in 1966, further encouraged settlers to take the land in Shashamane, and thus the movement began to pick up momentum.

Rastafarianism exploded into the consciousness of the world through the popularity of a legend in his own right, Bob Marley.

This singer and activist for African unity spread a message of love that reverberated through his music and brought Rastafarianism and Reggae music to the fore front of the black identity discussion.

The Reggae star's lyrics also promoted the Rastafarians theology in a manner that was extremely attractive to the black masses, as well as to some white adherents to the religion.

Today, over thirty five years after his death, his music is still as relevant as it is profound.

Within a few years after the Emperor's visit, as well as, through Bob Marley's efforts, there were settlers in the Shashamane community numbering in the several thousands.

The Holy Life Lived by Rastafarians in the Shashemene Community

"Tell the Brethren to be not dismayed, I personally will give my assistance in the matter of repatriation". This was said to the Rastafarian delegation, sent to speak on behalf of the settlers in Shashemene.

From the beginning, Shashamane, a town of about 100,000 people in total, began to represent a conundrum of sorts. The settlers not feeling at home in the West, returned to their ancestral lands in Africa, but some were still unable to feel completely at home.

They faced challenges, among those being not having any legal rights and having expired passports from their forfeited Western countries, they were in a sort of limbo.

In 1969, a delegation of Rastafarian settlers petitioned the Emperor for Ethiopian citizenship and all the benefits that came along with it.

The Emperor's ministers instead cautioned them against bringing Jamaican politics to Ethiopia.

There were several enterprising Rastafarians; among them was Clifton Baugh, the main representative of Shashamane's Rastafarian community in palace discussions.

Baugh also supplied the palace with produce such as fruits and vegetables from their farms in Shashamene. He continued this commerce until the Derg Revolution put an end to it.

By 1974, the Derg overthrew the Emperor and confiscated all but 11 hectares of land from the settlers.

With no Ethiopian ID's, they were not legally allowed to be gainfully employed. This plus more confiscation of land and the community inevitably shrunk to around its current number of less than 500 souls.

Just recently, in a surprising move by the Ethiopian government, Rastafarians in the Shashamane community were finally issued identity cards.

This comes about 70 years after Emperor Haile Selassie I donated the land for repatriation.

Among the benefits, is a no visa requirement when traveling, yet it falls short of true citizenship benefits such as voting in elections and taking part in the armed forces.

Nevertheless, the theology strongly adhered to by Rastafarians is the "I and I" and community always plays an integral role, and those remaining in Shashamane have made it their homes with or without citizenship.

The death of the Emperor in 1975 was not believed by the faithful Rastafarians, instead they claim it his only his "disappearance".

There are countless ignorant people that believe Rastafarianism is an excuse to be a marijuana smoker and sport dreadlocked hair.

But contrary to this stereotype, this unique religion has the believer abstain from meat, alcohol, cigarettes, etc. They grow their hair and have a vegetarian diet.

Meditating and reading the Bible is true Rastafariansm and the marijuana or ganja as they call it helps them attain their spiritual awakening.

In their view, they do all this in order to separate themselves from unholy things.

Today, Priest Paul is the last survivor of the original 12 that first moved to Shashamane, and he believes Africa is the cradle of civilization and has no desire to leave.

A popular saying often used by Rastafarians is the biblical quote "as it was in the beginning, so it shall be in the end".

Among the Rastafarians in Shashamene; Ethiopia appears to be that end.