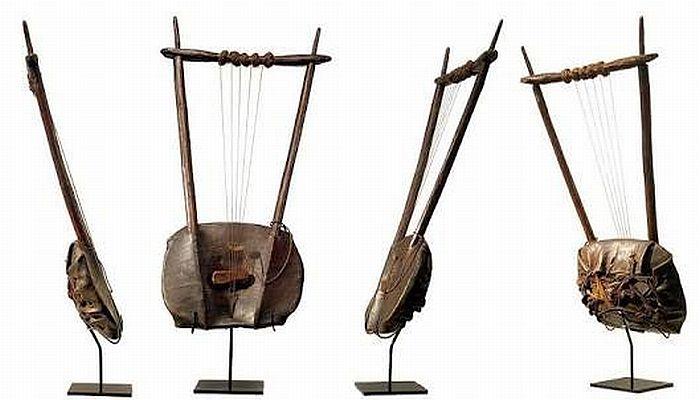 Everything You Need to Know About Ethiopia's Traditional Instruments

In the highlands, traditional string instruments include the masenqo (also known as masinko), a one-string bowed lute; the krar (also known as kirar), a six-string lyre; and the begena, a large ten-string lyre.

The dita (a five-string lyre) and musical bows (including an unusual three-string variant) are among the chordophones found in the south. 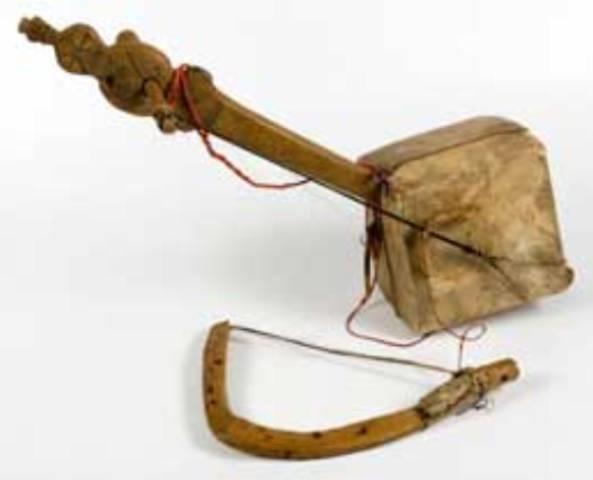 It is single stringed spiked bowed lute with a square or diamond shaped resonator.

4 small wooden boards are glued together then covered with raw hide or parchment. The string is usually made from horse hair.

Since the instrument is always used to the accompaniment of the singers voice, a tuning peg is used to fit the range of the singer's voice.

The Krar, also known as the Kraar, is a 5-6 stringed lyre that is bowl in shape.

It is a chordophone which is traditionally tuned to a pentatonic scale, while modern krars can be amplified like electric guitars, etc. 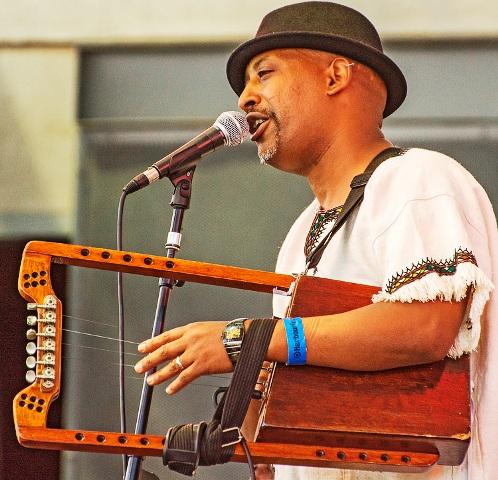 Plucking the krar will create a soft tone, while strumming it will produce a pulsed beat.

Much like the masenqo, the krar is a favorite of minstrels or "azmaris" who often sing love and secular songs.

By oral Ethiopian tradition, the begena was an instrument used in Ancient Israel by David to help King Saul with his sleeplessness.

This instrument was later brought to Ethiopia by Menelik I. 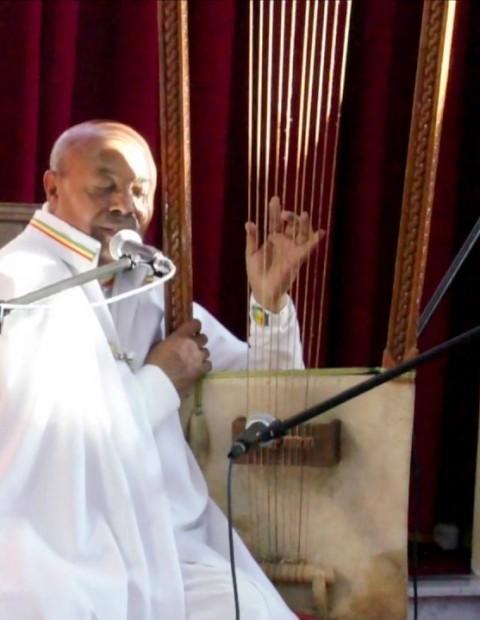 The begena is considered an instrument for the upper-class and used by both male and female.

Commonly it is used during prayers and meditations.

The pointing finger plucks the strings that are number 3 and 4, while the rest of the fingers control one string each.

The remainder of the string are employed as finger stops, allowing the plucked strings to pulsate.

This end blown flute of wooden, bamboo or cane composition known as the washint is traditionally used in Ethiopia as a way musicians would convey oral history. 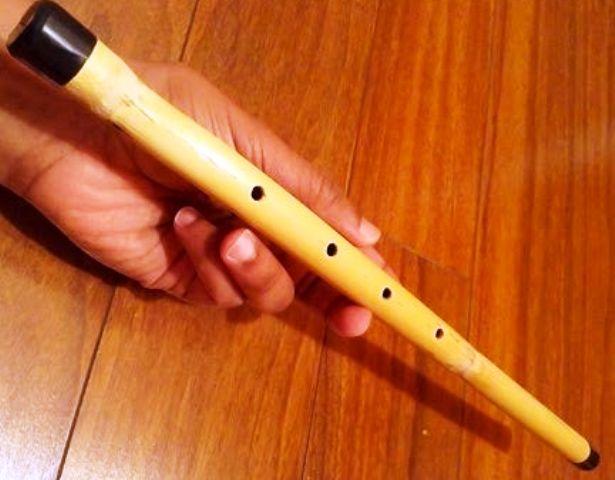 The washint usually has 4 finger holes which enables the player to compose pentatonic scaled sounds.

The washint is a bamboo flute that is common in the highlands.

Trumpet-like instruments include the ceremonial malakat used in some regions, and the holdudwa (animal horn; compare shofar) found mainly in the south.

Embilta flutes have no finger holes, and produce only two tones, the fundamental and a fourth or fifth interval.

These may be metal (generally found in the north) or bamboo (in the south). The Konso and other people in the south play fanta, or pan flutes.

In the Ethiopian Orthodox Church, liturgical music employs the senasel, a sistrum. 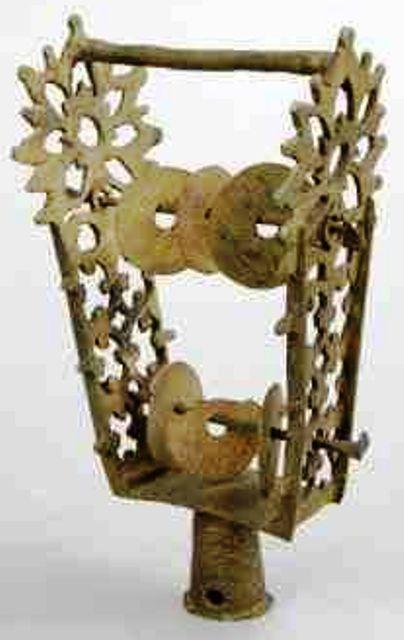 Additionally, the clergy will use prayer staffs, or maqwamiya, to maintain rhythm. Rural churches historically used a dawal to call the faithful to prayer.

They are made from stone slabs or pieces of wood. The Beta Israel use a small gong called a qachel as liturgical accompaniment, though qachel may also refer to a small bell.

The toom, a lamellophone, is used among the Nuer, Anuak, Majangir, Surma, and other Nilotic groups. 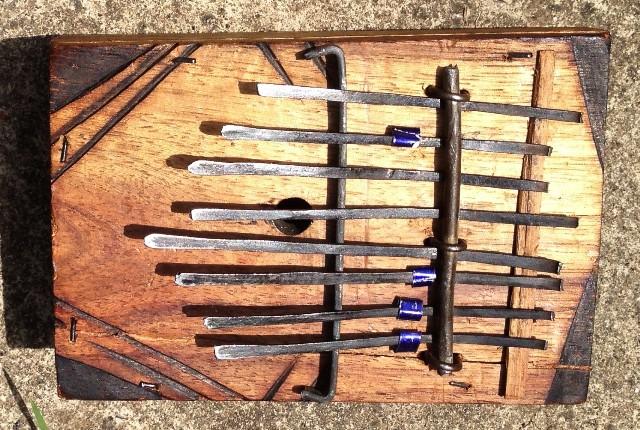 Metal leg rattles are common throughout the south.

The kebero is a large hand drum used in the Orthodox Christian liturgy.

Smaller kebero drums may be used in secular celebrations.

The nagarit, played with a curved stick, is usually found in a secular context such as royal functions or the announcement of proclamations, though it has a liturgical function among the Beta Israel. 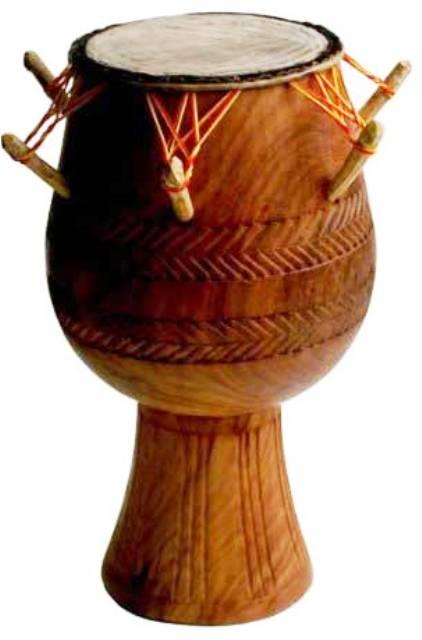 The Gurage and certain other populations in the lowlands commonly play the atamo, a small hand drum sometimes made of clay.