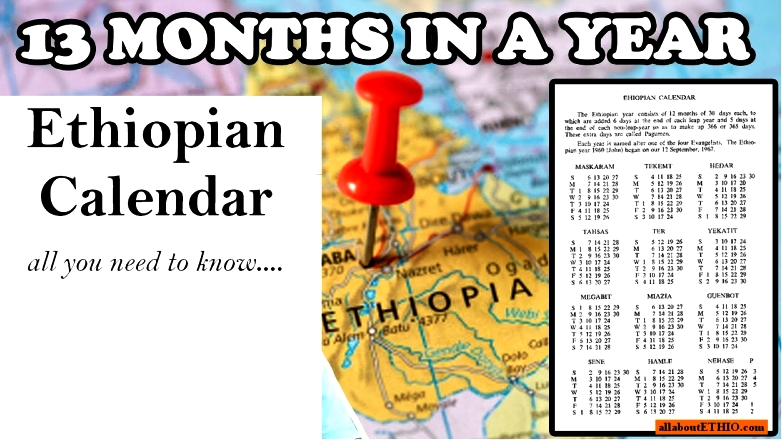 Everything You Need to Know About the Ethiopian Calendar 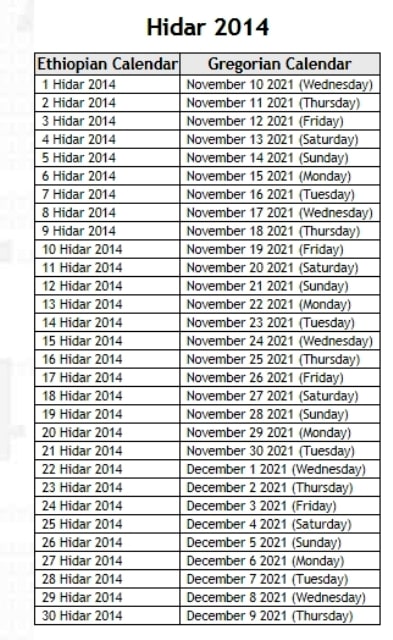 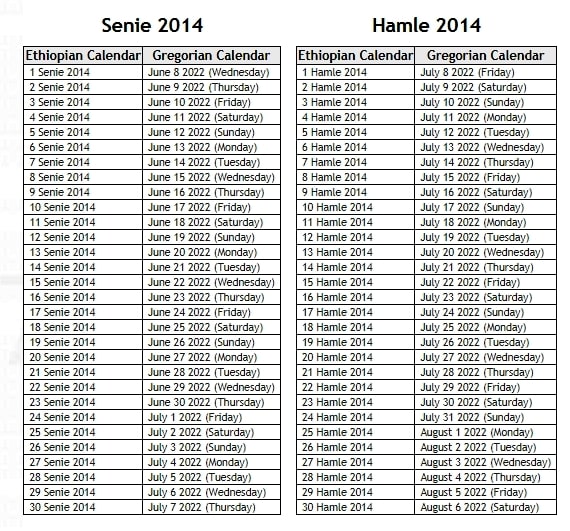 Pope Gregory XIII changed the Julian calendar because of the fact that Easter was moving away from its springtime origins and therefore lost its connection with the Jewish Passover.

Ever since the year 1582, the western or Gregorian calendar has inevitably become the cultural, religious, and civil calendar for most of the world's inhabitants.

Due to ideological differences, the Eastern Orthodox Church and the Ethiopian Orthodox Tewahedo Church did not go along with the changes made by the Gregorian calendar but instead continued to us the Julian calendar which utilizes lunar tables for calculating Easter and other holidays.

The Ethiopian and Coptic calendars consist of thirteen months where the first twelve months have thirty days each, and the last (thirteenth) month has only five days (six days in a leap year).

The Gregorian calendar consists of twelve months with January, March, May, July, August, October and December having thirty one days, April, June, September and November, thirty days and February having twenty eight days (twenty nine days in a leap year).

Each month has thirty days (from September to August) and the thirteenth month, Puagme, has only five days (6 days in a leap year).