Born in the Qwara province west of Lake Tana and thought to have a Portuguese ancestor, Mentewab rose from these origins to become one of the most powerful women in Ethiopian history.

She became the second wife of Emperor Bakaffa in 1722 and, outliving him, was crowned Empress and co-ruler with their son Iyasu. From the seat of government in Gondar, Mentewab wielded considerable influence in all corners of the empire. 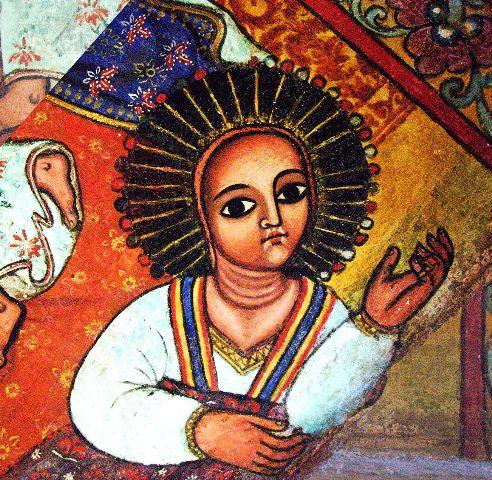 Her power is made clear in the opulent additions to the Royal Enclosure at Gondar built under her direction: her own castle, a lavish banqueting hall, and, in the mountains outside the city at a site called Qusquam, a church to the Virgin Mary.

She also happened to build another palace for herself adjoining the church. This was a good move, as we'll soon see.

The empress also outlived Iyasu and moved to maintain her clout in the new court of her grandson Iyoas.

But her daughter-in-law, Wubit, having been widowed by Iyasu's death but having her son on the throne, challenged Mentewab, believing that it was her turn to be empress. 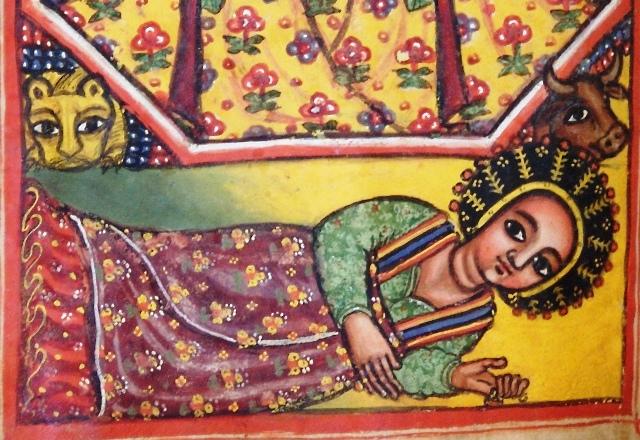 The conflict escalated and both women called upon relatives and courtiers for support.

Mentewab summoned the influential Mikael Sehul to sway the dispute in her favor.

But the move backfired and Sehul seized power himself, murdering the young boy emperor Iyoas and marrying the youngster's aunt to consolidate power.

In anguish and grief at the death of her grandson and her own undoing, Empress Mentewab fled Gondar and vowed never to return.

She lived out the rest of her days in seclusion at her estate and church at Qusquam.

As the sun set on Mentewab's time, her twin legacies of religious peace and prosperity-she built many churches and fostered reconciliation between the church's opposing monastic orders-and a flourishing of the arts-paintings, illuminated manuscripts, and architecture all saw great advancements during her time-came to light.