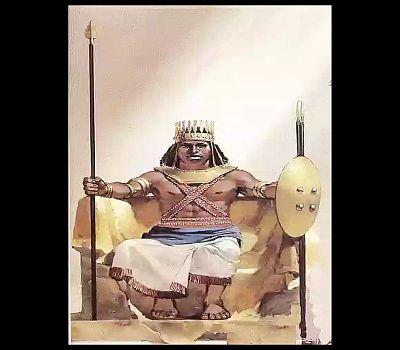 Ezana was a prominent ruler of the Kingdom of Axum (c. 330 - 356 AD) in the 4th century A.D. He was born with the name Abreha and had a twin brother named Asbeha.

King Ezana was the first King of Ethiopia to convert to Christianity and he also made it the state religion in Axum or Aksum.

Credit is given to King Ezana for making Axum the first ever Christian state in history. 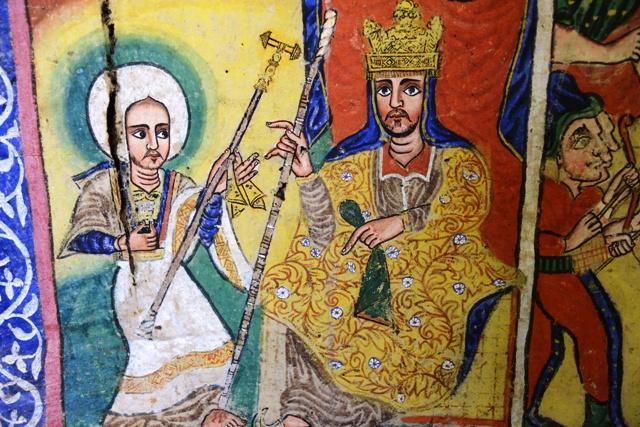 Ezana was also successful in his military campaigns. He subjugated many kingdoms along the Erytheran Sea or as it is now known the Red Sea and its area. It is also believed that in the 300 ADs, he conquered the Kingdom of Kush or modern day Sudan, as well as Meroe, by 350 AD.

His father Ella Amida died when they were quite young, the boys' mother Sawya (Sophya) served as queen regent until the boys were old enough to rule.

During his reign, their father had taken two shipwrecked Syrian Christians under their wing. 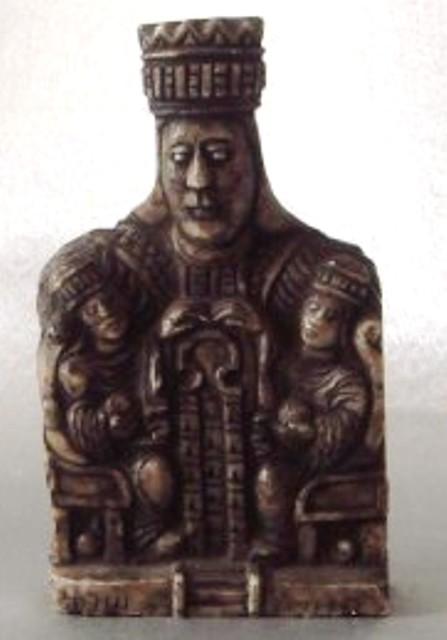 These Christians, Aedesius and Frumentius, now tutored young Abreha and Asbeha as they grew up. Frumentius converted the brothers to Christianity and baptized them.

Once they were ready, they took the throne and co-ruled Axum, enjoying a long and fruitful reign.

Abreha took the name Ezana upon ascending to the throne. King Ezana made his greatest imprint on Axum when he officially adopted Christianity as the state religion.

He appointed Frumentius head of the church and minted new coins with the Christian cross on them.

Ezana also expanded trade-his coins have been found in India-and conducted military campaigns that brought the Kingdom of Kush, including the city of Meroe on the banks of the Blue Nile, under Axumite control. 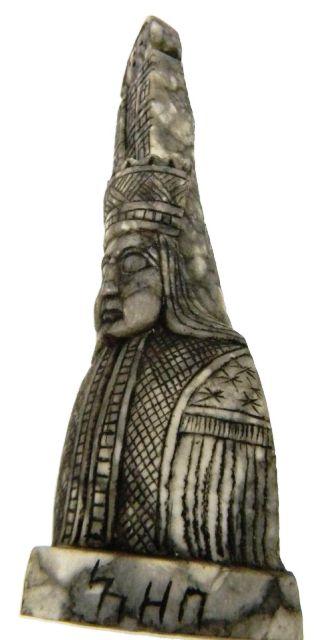 Meroe still bears the mark of Ezana's conquest; obelisks and inscriptions created by him can be found there today.

He also found the Ark of the Covenant in the island of Tana Kirkos and brought it to its current residence of the Cathedral of St. Mary of Zion, which he built.

Ezana is also credited as finding the Ark of the Covenant from the island of Tana Kirkos. He brought it back to place it in the Cathedral of St. Mary of Zion which he built and gave it to Ethiopian Christians.

Ezana's legacy of bringing Christianity to the Axumite Kingdom still makes itself felt in Ethiopia today.

In fact, Ezana has been made a saint by the Ethiopian Orthodox Church in commemoration of his bringing the religion to Abyssinia.

King Ezana is also known for his granite stele or obelisk which stands at about 78 feet.