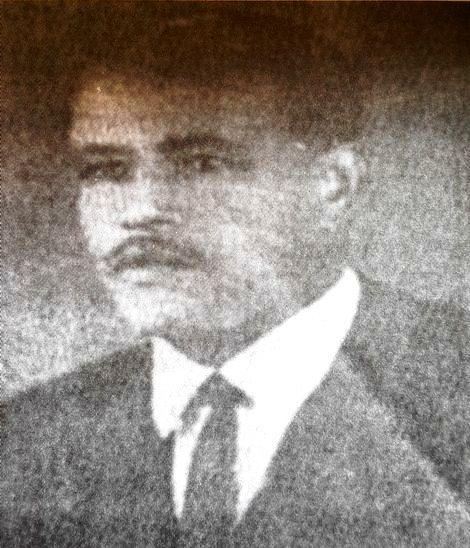 Colonel Abdissa Aga was born in Welega, Oromia. His father lost his temper and killed his own brother when Abdissa was about 12 years old. Though he went as far as Addis Ababa to appeal for the release of his father, he was executed.

Sad and embittered, he joined the Ethiopian Army around the age of 14 and fought against Fascist Italy in 1936 in Ethiopia. He was captured and imprisoned in a concentration camp in the island of Sicily in Italy. There he met Captain Julio, a Yugoslav hero.

The two became friends and made a daring escape from the concentration camp taking with them a dozen prisoners to the woods. They returned to the camp a few days later, at night, led by young Abdissa who was terribly feared by the Italians.

Abdissa choked and silenced the guards. He and Julio took off the uniforms of the guards. Two of the former prisoners wore the uniforms, held the guns of the dead soldiers, and stood at the gate of the camp pretending to be Fascist watchmen.

Abdissa and Julio, followed by the other partisans Penetrated the camp, released all of the prisoners, fought with some of the Fascist officers, robbed them off their ammunitions and supplies, as well as trucks full of weapons, and drove back to the woods.

They continued to fight in that manner freeing prisoners and robbing concentration camps, banks, government warehouses, etc. until their number grew to an army, and until the Italian Government battled with them fiercely. The partisans chose Abdissa to be their leader and called him Major.

The Italian Fascists were terrified since they knew how brave Ethiopians were recalling the Battle of Dogali, Ambalage, Adwa, Maichew and remembering the bravery of Zerai Deres, whom later, Abdissa tried in vain to see and hug.

Taking advantage of the fear of the Italian people, Italian gangsters painted their faces black and started robbing banks and pillaging villages imposing as Abdissa and other Ethiopians who were also partisans together with him. Abdissa caught these awe-inspiring gangsters and executed them, since they were discrediting his name by their atrocious acts.

The Italian Government did all it could to catch Abdissa by force. As they failed to do so, they tried to cajole and allure him by promising him a big post and by begging him to stop fighting and join their ranks. If I recall correctly, Abdissa shot the Italian officer who brought him the letter from the Italian Government.

Finally, the Second World War broke out. The Allied forces, Britain, the USA, France and Russia recognized Major Abdissa, Captain Julio and the rest of the partisans and began to supply them with arms and provisions. Major Abdissa Aga was chosen to lead the international army of partisans (former prisoners) which consisted of Americans, English, French, Ethiopians and other nationals.

Captain Julio became the commander of the Yugoslav partisans. This way the partisans weakened Italy and contributed to their defeat. Major Abdissa Aga was the first hero who entered and captured the city of Rome sitting in a jeep, waving first and foremost the flag of Ethiopia, which was also tied around the arms of his international soldiers including Americans, French and English. When the armies of the allies reached Rome, they honored Major Abdissa Aga highly.

The British made him the Commander of the British Military Police and sent him to Germany to fight against the German Army. He battled with the German Nazis in different cities, defeated them, controlled the cities and villages, and entered Berlin triumphantly again waving Ethiopian and British flags. He was in the spot light all over the world.

At the end of the war, the British, the Canadians and the Americans wanted him to join their armies promising him high ranks. He refused adamantly saying that though his motherland, Ethiopia, was poor, he would still return to her and see the face of his Emperor whom he had missed for so long.

This incensed the Allies, and believe it or not, they accused him of ravaging the Italian Fascists when he was a partisan. The French, the British, the Americans, even the Russians to some extent condemned him. Fortunately, a noble British general who had decorated him with medals previously fought for his release changing the prison sentence to financial fine, which was paid by Abdissa himself and the British Government.

The great Ethiopian hero finally returned to Ethiopia longing to see his country and Emperor. The Emperor welcomed him and sent him to Ras Abebe Aregai, the then Minister of Defense so that he would employ him. Ras Abebe and some of the most important patriots of Ethiopia were scared of Abdissa's valor and feared for their own positions.

So, instead of promoting him to a general, Ras Abebe sent Major Abdissa to the Holeta Military Academy as a simple cadet. After several months of hardship in Holeta he graduated as a first lieutenant, to the surprise of the British officers whom Abdissa used to command when they were in Europe. Abdissa was oppressed in the Ethiopian Army. He was sent to the Ogaden and fought against the Somali invaders displaying incredible courage and military tactics.

In spite of what he did to raise the pride of Ethiopia and to safeguard her territorial integrity, he didn't rise above the rank of a captain for many, many years until somebody (they say Captain Julio and Marshal Tito) drew the attention of the Emperor towards the end of the Emperor's life and regime. The Emperor raised his rank to colonel and made him his bodyguard.

Colonel Abdissa Aga the great died a few years after the 1974 Ethiopian Revolution.

The following is an excerpt from Robele Ababya, a man privileged enough to have met Colonel Abdissa Aga and has the following to say about this legendary Ethiopian hero...

The young Abdissa Agga was one of the patriots fighting with valor in the guerilla warfare unleashed on the occupying fascist forces. Unfortunately, Abdissa Agga was caught and briefly jailed in Addis Ababa by the brutal Fascist authorities. He was whisked to Italy via Eritrea and incarcerated in a high-security prison there.

I was privileged and honored to be invited to a gathering of officers where Abdissa was the guest speaker. It was an awe-inspiring moment to hear him speak about his ordeals in Italy. The invincible hero broke out from jail and walked miles in unknown terrain to join Yugoslavian guerrilla fighters in their fortified mountain hideout. He was well received and respected for his fighting ability and was recognized as number two man of the resistance.

The guerillas would descend from their hideouts in the mountain to the ground below and inflict damage to the fascist military targets. They blew up bridges, burnt ammunition depots and gathered military intelligence and transmitted to the Allied Forces with which they had established contact and earned recognition.

This tall and heavy-built freedom fighter held the Ethiopian Green, Yellow, and Red Flag neatly folded and held in his arm as he was talking to his audience. He told his admiring audience it was this same cherished flag that was hoisted on the pole in his guerilla camp fluttering in the wind blowing over the mountain hideout. He was given a standing ovation.

The II World War ended in victory for the Allies. The guerillas went down to a city below to celebrate the victory. Unfortunately a scuffle arose in the bar and racist remarks were thrown at Abdissa Agga.

The scuffle went into a full fight and the guerillas beat the hell out of their belligerents. Abdissa could not be missed for his color and tall and well-built bodily structure. He was identified, jailed and court-marshaled by the authorities of the Alliance. He was sentenced to prison and to pay a heavy fine.

Ethiopians contributed and paid the ransom money and Abdissa came to his motherland at last. He was among others instructed by the then Ministry of War to take training at Holeta Military Training Centre before assignment.

Abdissa was defiant and fell out of favor with the ruling class. He disappeared in the ranks of ordinary masses until fortune knocked at his door years later at the time of the official state visit of Marshal Tito in the first half of the 1950s.

One of the members of Tito's entourage was a high ranking general and former guerrilla leader and comrade of Abdissa Agga in their mountain hideout in Italy. He asked for the whereabouts of Abdissa apparently noting his absence from the ranks of Ethiopian dignitaries who welcomed the visitor.

Ethiopian officials must have been embarrassed. Abdissa was sought, found and appeared in military uniform with the rank of a lieutenant. To make a long story short, Abdissa since rose to the rank of Colonel and Commander of the Emperor's Personal Guard Unit.

In sharp contrast, some nobilities and dignitaries carried gifts to Rome as a tribute to Mussolini and procrastinated before the dictator to demonstrate their loyalty. These same people held their status and positions of power upon the return of the Emperor from exile at the end of World War II.

Colonel Abdissa Agga should be remembered as a venerable legendary hero who made the Ethiopian flag flutter high on the mast in the very territory of the enemy where he waged guerrilla warfare and gave hell to the Italian Fascists.

This venerable hero must have also been highly intelligent to mastermind his escape from a high-security prison in a foreign land. He decided to die fighting for freedom rather rote in the prison of the enemy which had invaded his country. He was in my honest opinion in the ranks of visionary heroes like Ras Gobena, Dejazmatch Balcha Aba Nebsso, Hapte Giorgis Dinegde, et al in his love for Ethiopia.

Jawar Mohammed Biography: The Interesting Profile of an Influential Man