Ethiopians are very particular when it comes to buying a vehicle and most often three factors play a big role: how easily it is bought and sold, how reliable it is, and the car's brand image.

When it comes to the national brand of choice, Ethiopians have crowned Toyota as king, and this can be witnessed by taking a look at the roads of the country and the Toyota Corolla price in Ethiopia.

If a person unwittingly purchases a model or brand that is not commonly known in the country, they will indeed have a difficult time attempting to sell it.

The exorbitantly high rate of vehicle tax in Ethiopia has certainly limited the number of motorists on the roads.

Car prices in Ethiopia are twice that of neighboring Kenya and three times the price of the vehicle at its place of origin.

But contrary to popular belief the tax imposed by Ethiopian government officials is not 300%+ but only reaches as high as about 160%, which is for vehicles that have cylinder capacities of 1800 to 3000 cc.

The automotive industry in Ethiopia is still in its infancy and it contributes little to the local economy, while automotive dealers and brokers dominate this sector, in addition to a few assembly plants, which act as subsidiaries to foreign factories or in joint venture partnerships.

We prepared the following 7 models of cars, trucks, and vans that are easily bought and sold in Ethiopia, in order to help ease the confusion that is the Ethiopian automotive market.

The Toyota Vitz is no doubt one of the most popular and visible small cars in Ethiopia.

The Vitz is a 3 to 5 door hatchback subcompact car that has been produced by Toyota since 1999.

It is now in its 3rd Generation and the name "Vitz" has been used widely, although its predecessor the Toyota Echo and more recently the Toyota Yaris are all the same.

The name "Vitz" came from the German word "Witz" which means "wit".

Beginning in 2010, the "Vitz" name was stopped by Toyota and replaced by the 4th Generation Toyota Yaris.

Ethiopians love this car because it is a dependable car that has low gas mileage and is easily parked and navigated in the hectic streets of Addis Ababa and its environs.

The 1st Generation Toyota Vitz (1999-2005) is very popular in Ethiopia at the moment. At its introduction at a car show in Japan it won the "Car of the Year Award Japan".

The 2nd Generation Toyota Vitz (2005-2011) probably not as popular as its predecessor is still in high demand throughout the country, for various reasons including the addition of automatic transmissions. 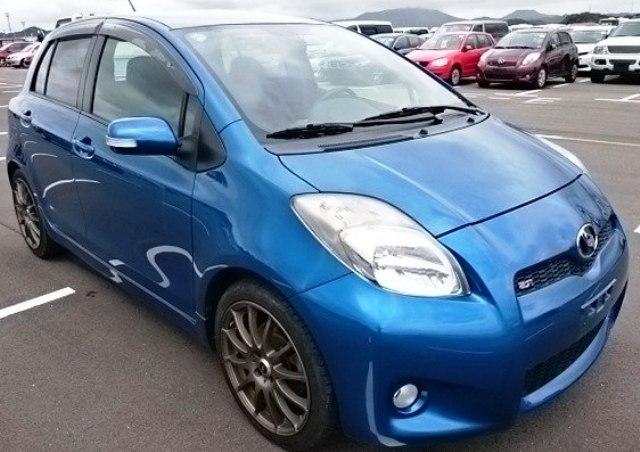 The 3rd Generation Toyota Vitz/Yaris (2012-Present) in Ethiopia is gaining a wide customer base but due to its relatively steep price, most Ethiopians opt for the 1st and 2nd Generation Vitz's.

The Toyota Corolla, also known in Japanese as the Toyota Karora was introduced to the car market in 1966 and by 1974 was the best-selling car in the world.

Corolla means "small crown" in Latin, and the cars were built as sub-compact and compact cars.

In Ethiopia, Toyota Corolla is king and it all began with the Fourth Generation Corollas dating 1979-1987.

This model, although not as popular as in the past can still be seen around town, and most often as the blue and white taxis.

The Fifth Generation Corollas dating 1983-1990, are very popular and used by many people as a reliable form of transportation.

They are also used as blue and white taxis, as well as, drivers training cars. They are widely known in Ethiopia as the "DX".

The Sixth Generation Toyota Corollas dating from 1987-2006 are extremely popular with Ethiopians wanting a relatively fair priced and comfortable sedan.

These cars are popularly known as "Weyane", due to their massive importation by the new government (also called Weyane) after the fall of the communist regime.

The Seventh and Eight Generation Corolla models dating from 1991-2002 are not very popular and are rarely seen in Ethiopia.

The Ninth through to the Eleventh Generation Corollas models dating from 2000 till present are at the moment one of the most common automobiles being used in Ethiopia.

Commonly known as the "Executive", these cars are easily sold and bought in Ethiopia, due to their high demand.

The Toyota Hilux considered the number one go to light commercial vehicle in Ethiopia is the most dependable and widely used pickup truck in the country.

This is for a good reason, aside from having an abundance of spare parts in stores across the country; this pickup truck was built for the hardships it faces in Ethiopia's rural areas, as well as, being a stylish urban vehicle.

The Ethiopian Government through the Investment Bureaus allows for investors to purchase these pickup trucks (any model) according to the type and size of the industry chosen by the investor.

For example, if one is given an investment commercial farm of over 30 hectares, they are allowed to import one pickup truck duty free.

Another example is if one investor is provided with land in excess of over 50 hectares they would be allowed to import two pickup trucks duty free.

Aside from the agricultural sector, there are other regulations targeting other sectors such as construction, etc.

For the most part almost 90 percent of all these duty free pickup imports are inevitably the well built and dependable Toyota Hilux.

The Toyota Hilux has gained a good name for extraordinary sturdiness and reliability during sustained heavy use or even abuse.

A testament to the Hilux's strength makes it a small wonder that militant groups in war-torn areas choose this vehicle more than any other, often referred to as the "vehicular equivalent of the AK-47".

The Toyota Hilux began production in 1968 and is still going strong with its eight generations of pickup trucks on the market.

However, in Ethiopia, the Toyota Hilux began to make its appearance with the 5th Generation of pickup trucks they produced.

The 5th Generation Toyota Hilux (1988-1997) can be seen around the country, mainly as the workhorse for light industry and government agencies operating in rural areas.

The 6th Generation Toyota Hilux (1997-2005) is more popular than its predecessor in Ethiopia.

The 7th Generation Toyota Hilux (2004-2015) in Ethiopia is the most popular of all Hilux models in the country.

The two/four door - gasoline/diesel options including a variety of perks included offer an exceptional vehicle for anyone looking to purchase something that is versatile for both work and play.

The 8th Generation of Toyota Hilux (2015-Present) in Ethiopia is considered a high-end model that is not affordable by the masses, although it can still be seen in large numbers.

Toyota Land Cruisers are 4 wheel drive vehicles that are the longest running series of models produced by Toyota.

From its introduction in 1951 through to 2018, over 6.5 million Land Cruisers were sold worldwide.

The 1st Generation Toyota Land Cruisers were like the American Military Jeep, called the Model AK.

In response to copyright violations, the Japanese changed the car to the 4-wheel drive Land Cruiser.

The name "Land Cruiser" came about to directly challenge their competition of the time "Land Rover".

The Toyota Land Cruiser J40 (1960-1984) is the first line of trucks that entered into the Ethiopian market.

These heavy and powerful Jeep like trucks are mostly used as towing vehicles in Ethiopia.

Their strength and durability make them perfect for their chosen job.

The Toyota Land Cruiser J60 (1980-1989) is a vehicle that in Ethiopia is used mostly by businesses such as tour operators, etc.

These vehicles are also widely used for recreational purposes.

The Toyota Land Cruiser J70 (1984-Present) is a car that in Ethiopia is mostly used by NGO's, by hospitals as an ambulance, by the police, etc.

They are strong, rugged and highly dependable vehicles hence their being chosen for important work such as an ambulance.

The Toyota Land Cruiser J80 (1990-2008) is a beautifully redesigned model that is seen in Ethiopia throughout the country.

This car is widely used as a personal vehicle that enables the owner to not only cruise luxuriously within the city but can also drive and venture out into the rural areas.

These cars are mostly used by investors, high government officials, NGO's and wealthy businessmen in Ethiopia.

The latest line of Toyota Land Cruisers is the J200 (2007-Present), which is the cream of the crop.

With many luxurious features including fingerprint door entry, and much, much more, these vehicles are both pricey and coveted.

The Toyota HiAce (pronounced "High Ace") is as much part of the streets of Ethiopia as is the tarmac itself.

This heavily used vehicle is a light commercial van that was first produced in 1967 but made its way to Ethiopia in 1982, with the 3rd Generation models.

These vans or more commonly known as "mini buses" in Ethiopia are used as taxis, ambulances, service vehicles, etc.

The 3rd Generation Toyota HiAce (1982-1989) is the most popular model for the thousands of mini-bus taxis in the cities of Ethiopia.

These mini-bus vans are easily sold and bought in Ethiopia, as they are a safe and easy way of investing and generating some income through taxi use.

The 4th Generation Toyota HiAce (1989-2004) is just as popular as its predecessor for the use of taxis in the cities of Ethiopia.

The 5th Generation Toyota HiAce (2004-Present) is slowly starting to replace the aging 3rd and 4th generation taxis in Ethiopia.

Some common names for these models include "Abadula", "Dolphin" and "High Roof".

Isuzu trucks in Ethiopia are a line of light to medium duty commercial hauling vehicles in wide use.

The N Series which was introduced in 1959 and the F series or more commonly called the FSR, produced in 1970 are both trucks that have proved their value.

They are affordable and durable vehicles which have low gas mileage compared to their competitors.

These trucks have also been known to haul products to places that have been proven to be extremely difficult to reach with conventional heavy duty trucks.

They began by manufacturing luxury and sport cars but after World War 1 they turned their attention exclusively to heavy duty trucks and buses.

These trucks are specifically built for long-distance hauling, regional, and local distribution of goods, as well as for construction hauling.

Due to their dependability and exceptional sturdiness, Scania trucks in Ethiopia are commonly seen hauling their goods throughout the country.

15 of the Best Real Estate Companies and Developers in Ethiopia